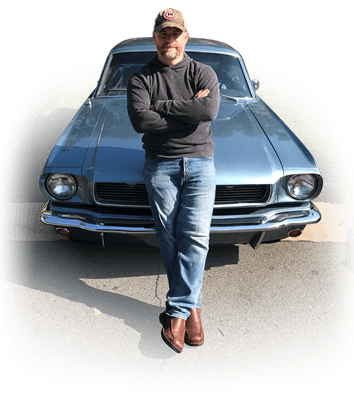 The engine under the hood of the Motorhead Racing Design Co. is creative developer Steve Breakfield. With over two decades of experience, designing several hundred of the worlds fastest (cars, trucks, boats, planes, you name it), you’ll be hard pressed to find a more expansive collection of real-world/non-fictional paint scheme designs, team collateral and other racing related creative design than you’ll find here at the Motorhead Racing Design Company (MRDC)…  you may even see your favorite livery design of all time, right here.

Until recently there hasn’t been one central location to go and see the depth of Steve’s portfolio, but that’s changing. After 20+ years, Steve has begun to post art and tell stories of his history in the racing design world. This story-telling kicked in to high gear through Instagram the weekend of the 2019 Daytona 500. Steve decided to have a little fun revealing his designs and telling stories by taking his original archive files including; graphics, numbers, original sponsor logos (primary, associate & contingency logos) and repurposing that art on the current NASCAR body styles… infusing historical graphics on the latest machines. The results are really fun!

As a bonus, Steve also shows the original car design template that was originally approved at the time the car actually raced. Some of the more historical designs are on “old-skool” 2D templates, which is what he used before jumping into 3D. Follow Steve on Instagram @motorheadracing to keep up with the latest and greatest.

The creativity doesn’t stop… While it’s fun to look back and share the stories, history is really just an arrow pointing to the future. Art is a reflection of our evolution in style, it’s always changing and becoming something new. Just look at the car bodies (or canvases in Steve’s eyes)… they are always evolving and so should the liveries that adorn them. Every time a new canvas hits the scene it spurs on a whole new world of creativity… that’s one of the advantages of being an automotive livery designer.

Sponsors with over 10 years of history

Steve Breakfield is the founder of the Motorhead Racing Design Co. Even though Steve formally established his company in 1999, his venture in the art world started years before.

Steve’s love for art and racing were discovered simultaneously when, as an elementary school student, he won an art contest and received tickets to his first race. Steve also did some racing in those early years in the SoapBox Derby. He and his dad spent hours together building those cars and when they were finished, it was time to design the paint scheme!

Steve and his dad would also go to car shows and dealerships to take pictures of cars for him to draw. He spent hours drawing cars and his dad would sell the drawings to his co-workers. At this point three things started brewing in Steve’s mind… Art, Cars and Business!

Steve graduated from Independence High School with honors in art, and continued his education as he went on to receive a Bachelor of Fine Arts degree at the University of North Carolina, Charlotte.

After graduating Steve landed his first creative job designing NASCAR tee shirts and later hats and jackets. This background led to designing merchandise and eventually cars and other team collateral such as helmets, uniforms, transporters, etc.

When Steve first started his formal business in 1999 it was simply called Steve Breakfield Studios Ltd. (SB Studios). A few years later Steve decided to rebrand the motorsports side of the business to Motorhead Racing Design Co.

Steve’s experience in the motorsports industry now spans over two decades. True to his work, Steve resides in the very heart of race country, Charlotte, North Carolina, with his wife Lisa where they raised their five children.